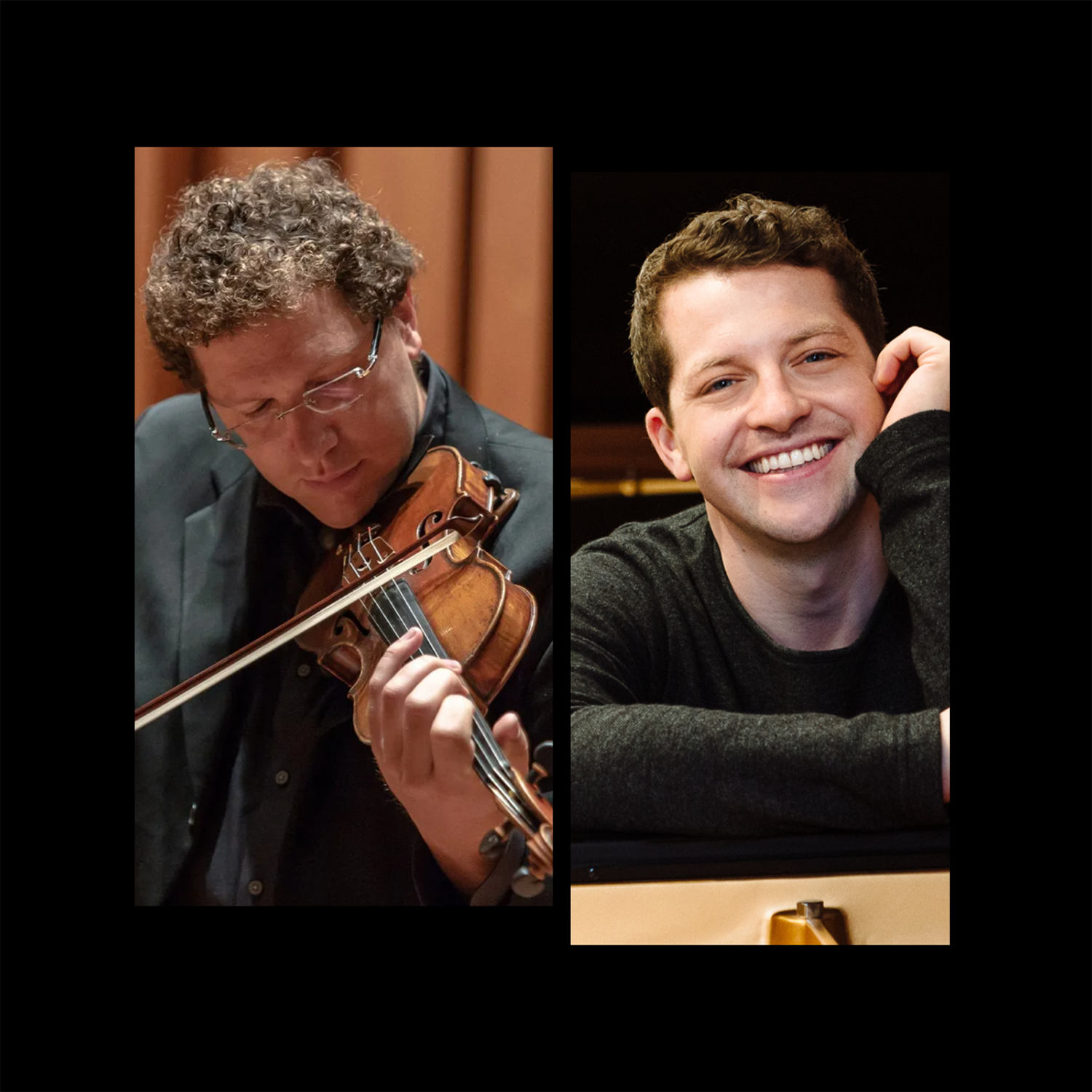 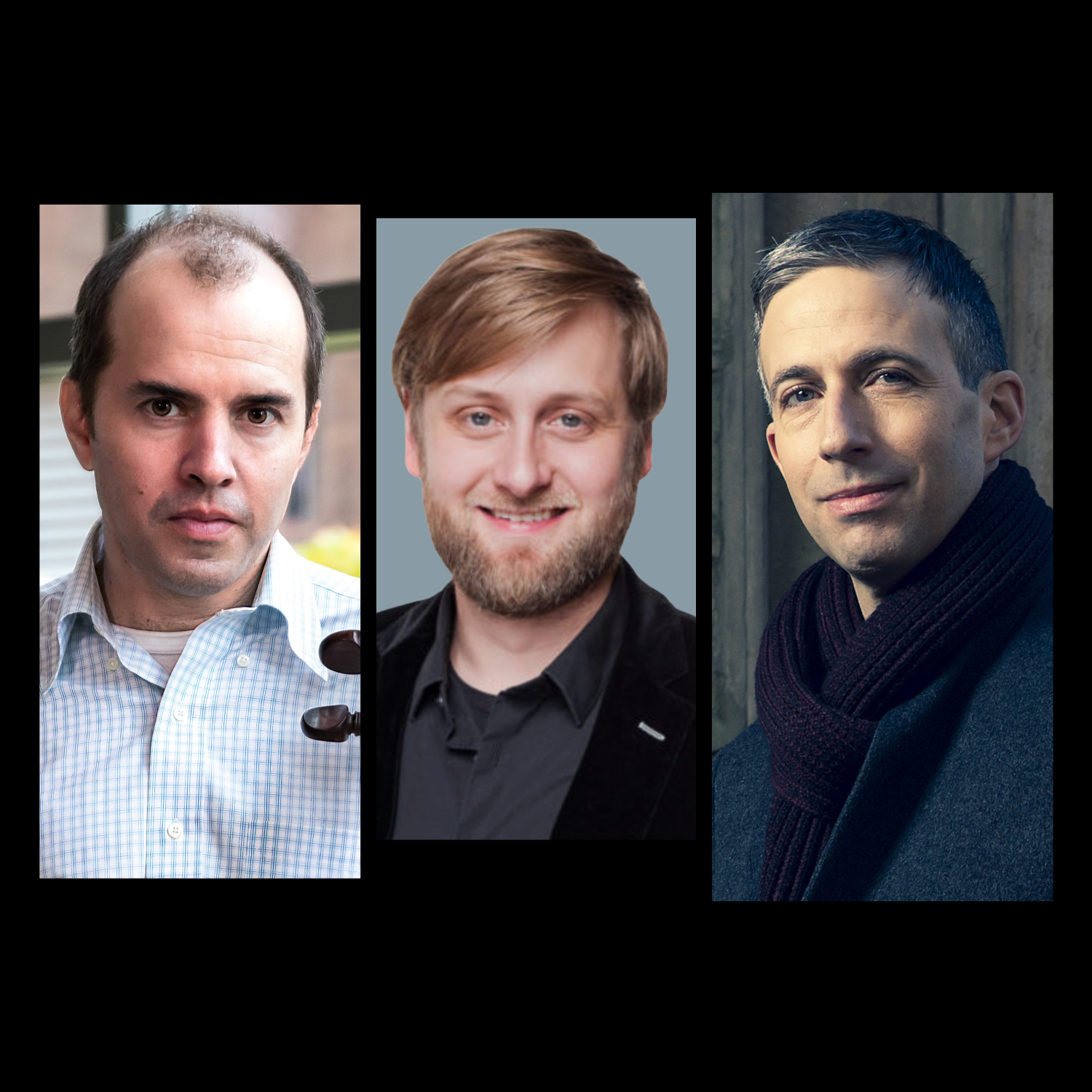 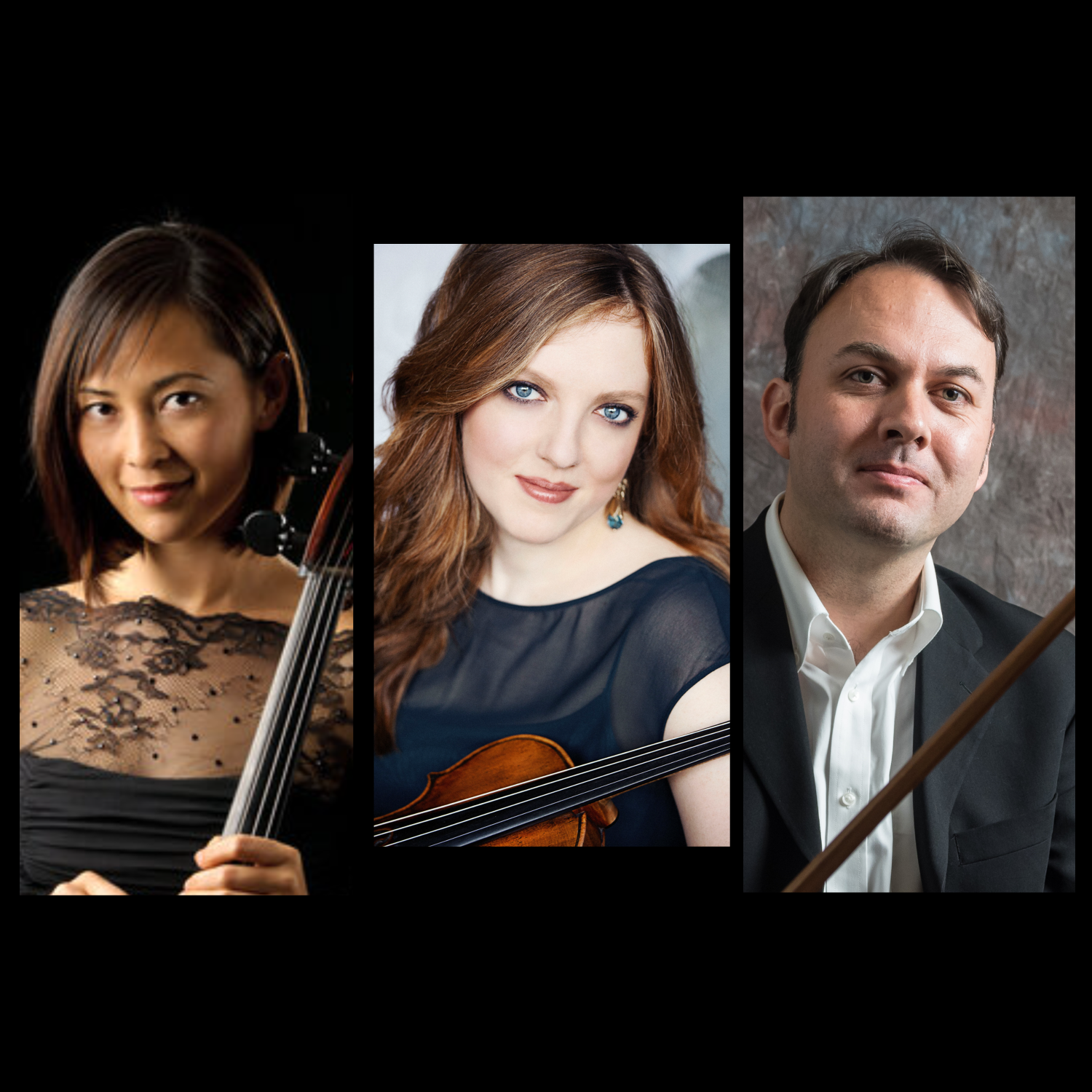 Mr. Geller is the David and Amy Fulton Concertmaster of the Grammy- and Gramophone-winning Seattle Symphony Orchestra. Named to that post at the conclusion of a multi-year search, Mr. Geller is among a small cadre of elite violinists who serve as both leaders and featured performers for the nation’s acclaimed orchestras. He will perform the Saint-Saëns la muse et le poète double concerto with Principal Cello Efe Baltacigil for the symphony’s 2022-23 opening night concert in September and the Bartók Violin Concerto No. 2 with the Seattle Symphony in February 2023. He has previously brought to life the Glazunov and Mendelssohn concerti, Vaughan Williams The Lark Ascending, Rimsky-Korsakov Scheherezade, and Mozart Requiem in Seattle’s Benaroya Hall, home of the Seattle Symphony. Mr. Geller’s guest for January 6th, 2023, with The Seattle Series will be the award-winning pianist Henry Kramer.

Praised by The Philadelphia Inquirer as a “pianist of enormous talent” and The New York Times for “thrilling [and] triumphant” performances, pianist Henry Kramer is a musician of rare sensitivity who combines stylish programming with insightful and exuberant interpretations. An international prize winner, Mr. Kramer has been awarded the Avery Fisher Career Grant by Lincoln Center–one of the most coveted honors bestowed on young American soloists–and is also a recording and performance collaborator with such musicians as Mathew Lipman and Jiyoon Lee.

Efe Baltacigil, the Marks Family Foundation Principal Cello of the Seattle Symphony Orchestra, Turkey’s String Player of the Year, 2013, and awardee of the prestigious Avery Fisher Career Grant, is lauded for his risk-taking, passionate performances that immediately capture the heart and imagination. Recipient of the Peter Jay Sharp Prize, Washington Performing Arts Society Prize, and a first prize awardee in concerto competitions of Istanbul, New York, and the Pennsylvania Schadt String Competition, Baltacigil experienced early acclaim as winner of the 2005 Young Concert Artists International Auditions. He later served as Associate Principal Cello of the Philadelphia Orchestra before joining the Seattle Symphony as Principal Cello.

Violinist Zachary DePue, described by The Strad as a leading American concertmaster during his decade-long tenure with the Indianapolis Symphony Orchestra, has few if any limitations in his musical talents. Founding member of the Time for Three ensemble in 2003, DePue toured and recorded with the boundary-breaking group while holding fort in Indianapolis as the youngest person to be awarded the ISO’s concertmaster position. DePue and his prodigious brothers, producers of an inventive “grassical” merger of traditional bluegrass and classical genres, continued the musical journey into an uncommon territory. Mr. DePue is regarded as a rare talent who transcends conventional bounds yet exemplifies the best that classical music has to offer.

Pianist and conductor Benjamin Hochman’s most recent recording for Avie Records, in which he performs and conducts the Mozart piano concerti no.s 17 and 24 with the English Chamber Orchestra, exemplifies the elegance and musical sensitivity which has propelled his career as a concerto soloist, recording artist, chamber collaborator, recitalist, and conductor across Europe and the United States. Winner of the Avery Fisher Career Grant, Hochman is the recipient of numerous awards and prizes, among them the Partosh Prize by the Israeli Minister of Culture, the Outstanding Pianist citation at the Verbier Academy, and the Festorazzi Award from the Curtis Institute of Music. His recording Variations with Avie Records was selected by The New York Times as one of the best recordings of 2015.

For one of the evening’s many highlights, Noah Geller (see bio above) will join the ensemble on viola for a piano quartet.

As a precocious young musician, Meeka Quan DiLorenzo made her professional debut performing the Dvořák cello concerto at the age of 15 with the Pacific Symphony Orchestra and was awarded placement in the Cleaveland Institute of Music young artist’s program from which she graduated high school. Upon completing her bachelor’s degree, Ms. Quan DiLorenzo won her first professional audition as Assoc. Principal Cello in the Utah Symphony Orchestra where she remained for five years before joining the award-winning Seattle Symphony. A sought-after chamber collaborator, she has received invitations to the Aspen, Ravinia, Taos, Kingston, Sun Valley, and Kneisel Hall music festivals and has previously performed with such musicians as Dmitry Sinkovsky, members of the Juilliard and Cleveland Quartets, and her guests for this evening, Rachel Barton Pine and Jonathan Oddie.

Rachel Barton Pine is a multi-recording solo artist, performing concerti and Baroque programs across the nation and world. She has appeared with the Seattle Symphony as guest soloist and conductor in its Baroque series and her recordings can be heard frequently on King FM and Northwest Public Radio. Described in the Washington Post as “An exciting, boundary-defying performer . . .” and The New York Times as “Striking and charismatic… (with) a bravura technique and soulful musicianship,” Ms. Barton Pine performs with the world’s leading orchestras including Philadelphia, the Royal Philharmonic, Camerata Salzburg, Chicago, Vienna, and Detroit symphonies. She has worked with renowned conductors, including Teddy Abrams, Marin Alsop, Semyon Bychkov, Neeme Järvi, Erich Leinsdorf, Sir Neville Marriner, Nicholas McGegan, Zubin Mehta, Tito Muñoz, and John Nelson, and has collaborated with artists such as Daniel Barenboim, Christoph Eschenbach, and William Warfield.

Jonathan Oddie is a rare breed of musician and scholar. In demand across the United States as a versatile performer on harpsichord, fortepiano, and continuo organ, he works with such leading musicians as violinist Dmitry Sinkovsky and flutist Janet See, and orchestras including Portland Baroque Orchestra and the Seattle Symphony. Mr. Oddie also holds a doctorate in musicology from the University of Oxford, where he researched the instrumental music of English composer Orlando Gibbons (1583-1625), and has published research in the journals Early Music and Historical Performance. His awards include a Performer’s Certificate from the Jacobs School of Music and a Frank Huntington Beebe Fellowship.